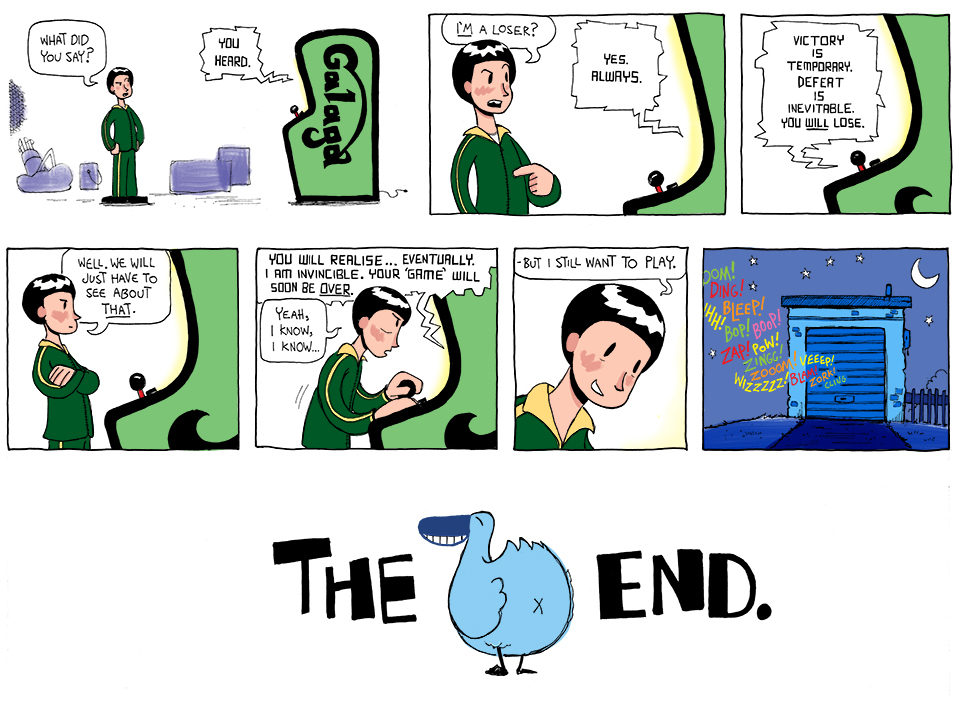 ...And so ends THE BIG FIGHT BEHIND THE OLD GYMNASIUM. Written in 2011,and originally aimed at kids 8 to 12 years, it marked a turning point for how I created stories. Before this I considered myself mainly a prose writer who enjoyed mixing things up with comics, but with TBFBTOG, I realised I was a comic-artist first and foremost. This graphic novel was all done by hand on A2 paper. The line-work was completed with Sharpies and Artline pens. The colouring was done in Photoshop.

I enjoyed writing BIG FIGHT so much, I did a sequel in 2012. It was called WEDGE ROBERTS VS. THE EPIC MALAISE. It's pretty decent too, with more magic-realism - sort of a Macbeth parody. You can find it on my main page :)