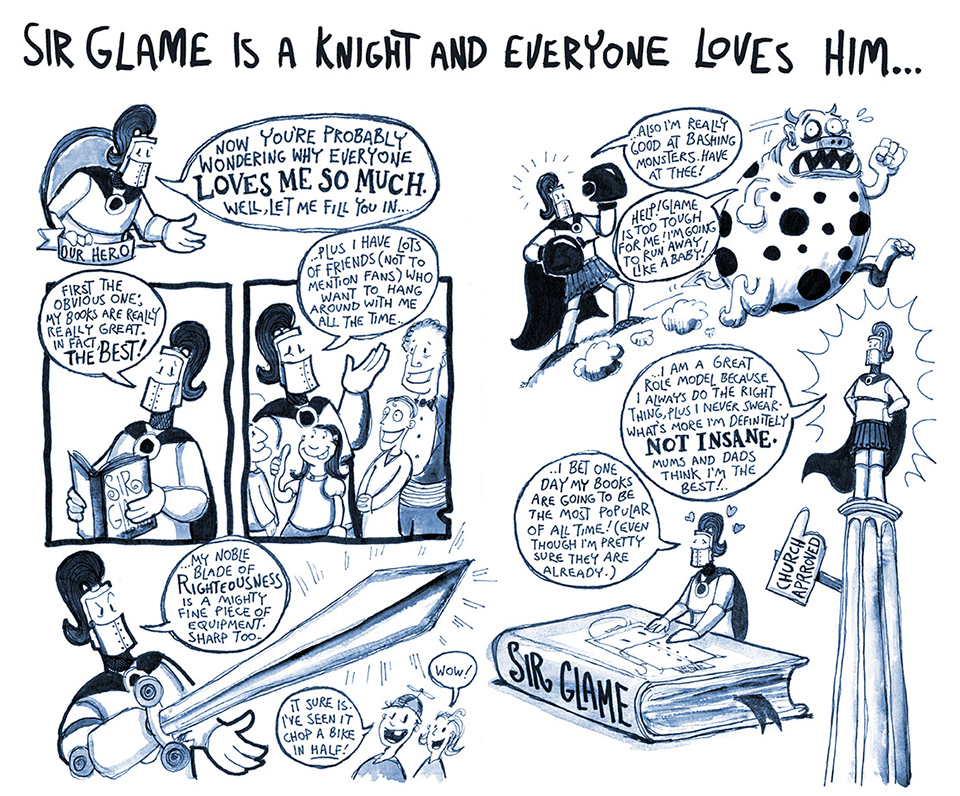 I wrote Plotless, Pointless, Pathetic in 2001. It's the story of Sir Glame, an super-egotistical, super-confident knight, and his smart-mouthed, old horse, Bill. They are standard fantasy characters living in a stock fantasy realm called Sausagopolis. Alas, the Disney-ness of Sausagopolis is being corrupted by a mysterious writer spreading lewd limericks and foul toilet-humour amongst the once G-rated populace. It becomes Sir Glame and Bill's job to hunt down this bawdy bard and lift The Curse of the Saucy Scribblings!

What I've got here isn't the book itself (you gotta buy that), but a choice selection of Sir Glame and Bill Mini-Adventures. These were/are short comics that appeared between the story chapters of the Sir Glame and Bill books. I wrote a few initially to flesh out their personalities, but they were just so much fun, I went overboard and did way too many. A keen instinct it was too - ultimately the Mini-Adventures proved so popular, a lot of readers just skipped over the chapters completely!