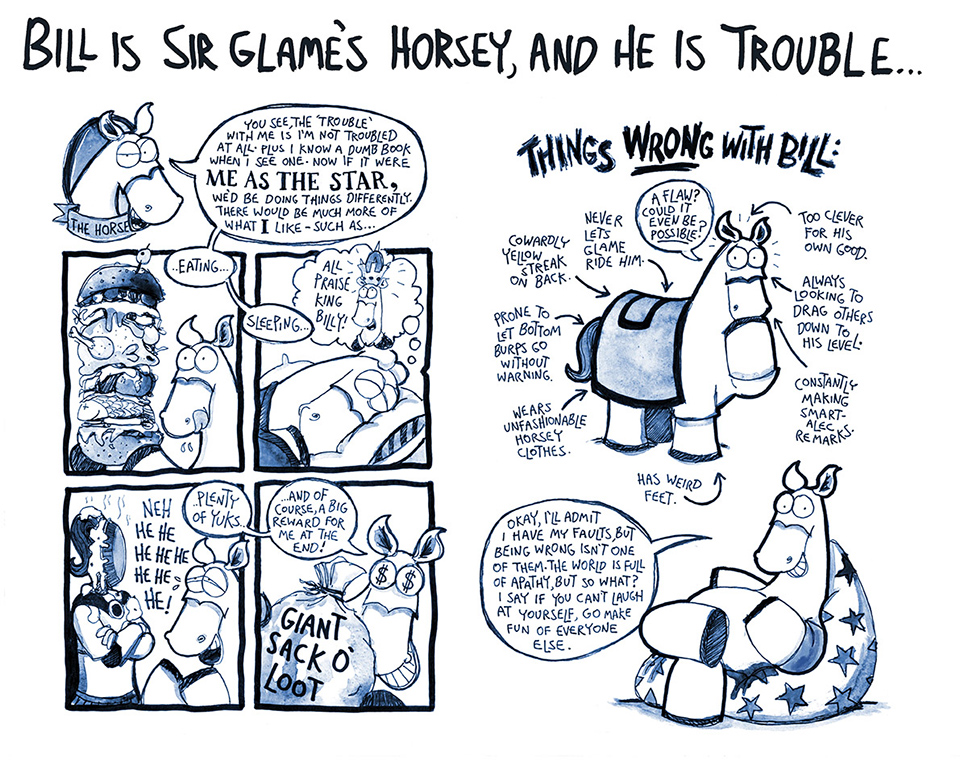 Plotless, Pointless, Pathetic was my first published book. Originally the plot was even sillier - The Curse of the Porcelain Ghosties. Everyone in the land of Sausagopolis, when they went to the toilet to do a number-two, they found they didn't need to wipe afterwards. The entire countries' bowel movements were just slipping out... like ghosts! My editor said this was the worst plot she'd ever read (which was sorta the point), but she was right, so I changed it.

The second draft was titled The Curse of Porcelain Fruities. This time when everyone went potty, instead of poo, fruit & veg came out. My editor told me the revision was awful beyond words, and my faecal fixation was becoming pathological. She was right again.

The Curse of the Saucy Scribblings was the ultimate result. The plot itself became the turd, and nothing made sense. It was perfect. A book truly worthy to be titled Plotless, Pointless, Pathetic.