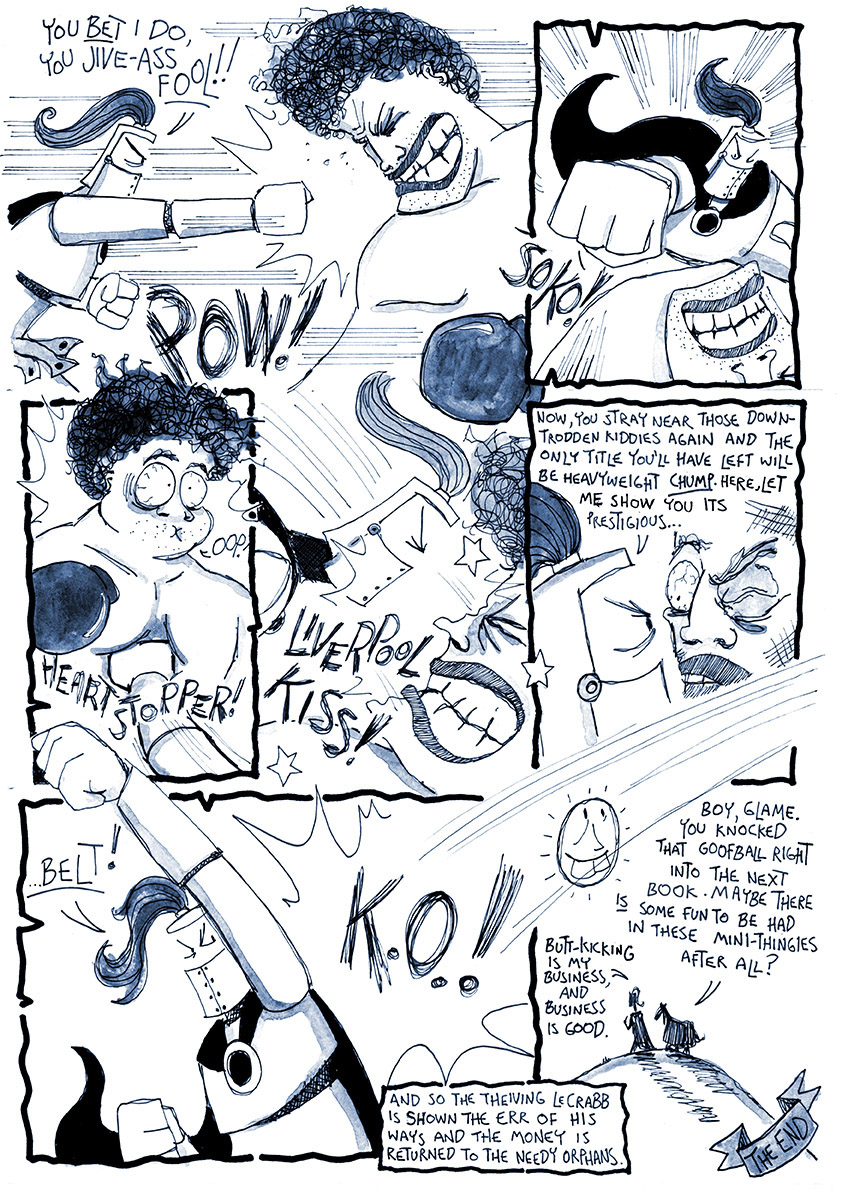 And so ends our Mini-Adventure adventures, at least for now. There is a sequel to Plotless, Pointless, Pathetic; first released in 2003, Hapless, Hopeless, Horrible proved to be just as crazy and awful to fans its predecessor. I actually still get the odd email from a reader asking if there will be a Sir Glame and Bill #3. The truth is in about 2005 I wrote a draft titled Soppy, Sickly, Spineless. It just felt like more of the same though, and I couldn't quite give it the same energy the first two books had. I do still love Sir Glame and Bill though. I've got a feeling they'll be back someday. If I find the right inspiration, and enough people want it, the sun will again dawn on the sweet land of Sausagopolis :)