Slack Wyrm is set in a dystopian fantasy future, many thousands of years from now on an earth not unlike our own. Civilisations have risen and fallen, Man struggles against beast, magic pushes against science, and terrors of every description stalk the land. To catch up on past comics please consult the Slack Wyrm Archive. 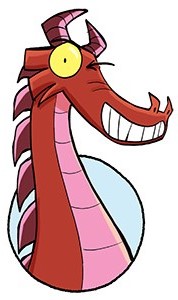 Ferragus Slackwyrm is an apathetic and indolent red dragon. He has no treasure because he can't be bothered collecting it. He lives in his  mountaintop keep and tries to maintain a contented, peaceful life. He is not good. He is not evil. He just is. 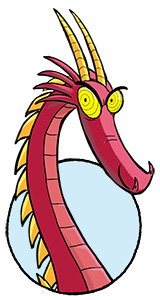 Hildegard Gretchwyrm is  Ferragus's twin sister. She is a very successful dragon and has a vast hoard of treasure. Aggressive and cunning, The Great Gretch (as she is known) is dreaded and feared throughout the land. 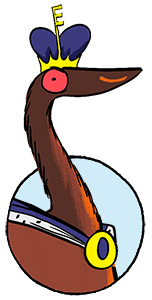 Big Brucie is the mighty king of the emus. Standing fifty feet tall, he leads his massive emu horde on an unrelenting military campaign. Brucie will not rest until every human alive is put down. His emus especially like killing Australians, and find  them delicious to eat. 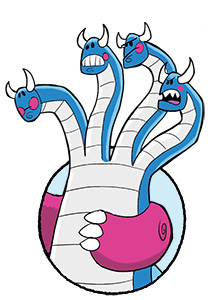 Hydra is a hydra. Sexless and self-propagating, Hydra lives alone in a cave. It does not like dragons because it believes they are always trying to steal its eggs. Hydra (currently) has four heads, but only one personality, which is  toxic. 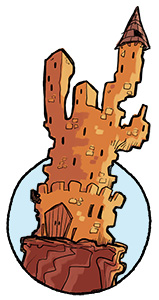 Slackwyrm Keep is Ferragus's home. Once belonging to his (now deceased) parents, Ferragus never moved out, and lives here to this day along with his minions. An immense dwarven ruin, the keep has many levels, tunnels, dungeons and hidden secrets. 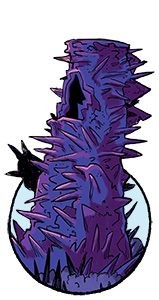 Mount Gretchwyrm is where Hildegard calls home. Situated amidst a forest of thornwoods, she has burrowed deep into the jagged stone monolith and here, greedily nests on her vast wealth. She lives alone, and visitors are most unwelcome. 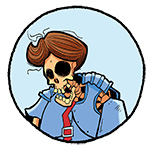 Sir Corpse is Ferragus's closest companion, and the dragon keeps the rotting knight often by his side. Named Sir Cecily in life, he attempted and failed to slay the dragon many years ago. His staunch atheism means he chooses to keep his soul firmly embedded in his body. Sir Corpse cannot move, but still somehow manages to get around. He is very proud of his hair (which is really a wig).

Duchess Doris is a lovely, insane, woman who fled her home to live at Slackwyrm Keep. The formerly benevolent ruler of Doily Duchy, she was driven mad by the ingratitude and incivility of her subjects. She murdered her husband, Duke Cuthbertson, and now plots a hideous revenge for Doily. All she needs is the cooperation of Ferragus. This is proving difficult.

Otho Crow is a crow. Originally hired as an outer sentry, this seemingly ordinary bird is forever plotting, scheming, and looking to one-up himself over everyone else at Slackwyrm Keep. He is strangely loyal to Ferragus, who he sees as his sidekick. He believes he is the smartest and edgiest creature currently in existence. He also enjoys eating roadkill.

Lizardman is a lizardman. He is a cool-blooded and mellow creature who lives at Slackwyrm Keep. He rarely forms opinions or judgements, and if he does, he keeps them to himself. He is a skilled scientist, engineer, action-man, monk and scholar. You might say he is a Renaissance-lizard. He is also very good at badminton.

Lord EdgeGod is a death knight. In life he was named Lord Edgelord, and was the edgiest badass alive. This ultimately failed him, and he was killed by Ferragus. However he was resurrected in an unholy ritual, and so now stalks the halls of Slackwyrm Keep. He is determined to recapture his lost edginess, and prove himself a master of chaos once again. 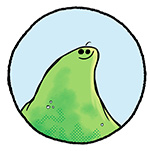 Linda Greenslime is a green slime. She identifies as female. She thinks working at Slackwyrm Keep is a drag, yet has no ambition to leave. She enjoys drinking

wine and making snarky comments. Linda does not like being told what to do, but is not interested in taking the lead on anything. She is currently the keep's Human Resources Manager. 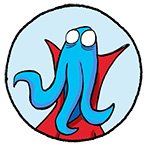 Barrabhu is a brain-sucker. This highly-intelligent cosmic horror worships the Elder Gods, and enjoys eating human brains. He often performs arcane rituals and experiments. He has been previously imprisoned for trying to take over Slackwyrm Keep, and is considered particularly untrustworthy and evil. He is insecure about his looks.

David Skeleton is a skeleton. He is a middle manager at Slackwyrm Keep, and thinks of himself as very professional. He is prejudiced and prone to racism. He does not trust oozes, slimes or jellies. David only respects monsters of high intelligence, and has a crush on Barrabhu. He hopes they will get married some day. 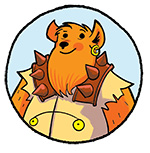 Bugbear is a bugbear. He is an affable and relaxed creature who enjoys lazing about, playing games, and eating stuff. He is always looking for new ways to avoid work and responsibility. He prefers to avoid confrontation. He is basically the Seth Rogen of Slackwyrm Keep. 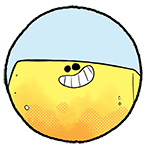 Smooth Paul is a gelatinous cube. He identifies as male. Paul is a simple soul who just wants to be happy. He would really like a girlfriend, or at least someone to talk to. He is open to an inter-species relationship. Paul dubbed himself ‘Smooth Paul’ to convince the Keep of his romantic skills, but everyone just thought it was because he’s a jelly cube.

Leroy Smalls is a deep dwarf. He is Slackwyrm Keep's caretaker and maintenance man. Roy is a no-nonsense individual who tries to keep out of workplace politics. He knows the most about the keep, and many of the secrets it holds. He spends a lot of time with Duchess Doris, who he feels oddly inclined to serve. 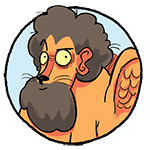 Rene Sphinx is a sphinx. He lives at Slackwyrm Keep. Rene likes telling riddles, but often uses them as a form of therapy to question his own existence and place in the world. Rene is prone to depression. His wife left him years ago, and he is still pretty bitter about it. He hates people who try to cheer him up, but secretly appreciates the attention.

Terry Goblin is a goblin. He is currently the Slackwyrm Keep janitor. He is a jolly, goofy fellow, and likes all things gross and disgusting. He recently won the Slack Wyrm Comics Patreon members vote for 2019's Least Popular Character. An award he is perversely proud of.

Bertie is a beta-beast. He is definitely not an umber hulk, because umber hulks are copyrighted to Dungeons & Dragons. Bertie is a friendly, passive creature who respects women and does not like causing offense. He lives at Slackwyrm Keep because Ferragus told him to, and he was too polite to object. He often wears a fedora. 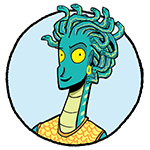 Deborah Gorgon is a medusa. She is a leisurely being who loves human men. Deborah lures attractive warriors into her lair at Slackwyrm Keep and makes love to them before they turn to stone. Sadly this usually occurs way too quickly. Deborah does still enjoy her collection of sexy statues. She is half Marlene Dietrich, half Pepe Le Pew.

Sharon Goblin is a goblin. She is a close friend of Claire Goblin. She is conscientious and dedicated to whatever task she is assigned at Slackwyrm Keep. She thinks of herself as a model worker. She likes to gossip and talk about other people's screw-ups.

Claire Goblin is a goblin. She is a close friend of Sharon Goblin. She is conscientious and dedicated, but does this more to impress Sharon than any loyalty to Slackwyrm Keep. She is not as clever as Sharon, but easier to get along with. Put simply, Sharon is a terrible influence on Claire. 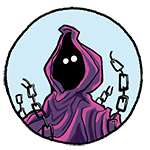 Ghost-Guy is a spooky spectre. Nobody knows his real name and he can't remember it himself. He claims he was a noble and important person in life, and he died a spectacular, heroic death. This is unverified. He is an infamous voyeur and is into chains.

Viktor is a Great Winter Warg. Originally living a lonely life in the Great Hall of the Frost Giant King, Jarl Thunburg, Viktor was invited to come live at Slackwyrm Keep after proving instrumental in the giant's defeat. Viktor is a friendly fellow who enjoys good conversation and strong drink. He distils his own vodka and is very proud of his hat.

Zizok is a human wizard. He is a very wise, foolish man with a lot of time on his hands. He knows all the spells, and has been on many adventures. He likes the ladies and interacting with inter-dimensional horrors. He thinks he is Gandalf, but he is really just a silly old bugger.

Rascal is a monkey. Most monkeys are mischievous, but Rascal takes his antics to a whole new level. He enjoys inflicting pain on unsuspecting victims, similar to Kevin in the Home Alone movies. He originally came to Slackwyrm Keep as the spirit animal of Sookmoor the Sorcerer, but he soon got the man killed, and  never left. He haunts the halls still causing trouble, and riffing on his beloved xylophone.

Janet is a chicken. In a world literally out to get her, Janet is a heroic bird and is always on the hunt for challenge and adventure. She knows no fear and shows no mercy. She usually works for herself, but will happily join with any monster (including humans) if there is clear reward.

The Magic Black Forest Cake is a gigantic enchanted dessert. Baked with Hydra eggs inside a possessed volcano, it has uncanny magical properties. The cake stays eternally fresh and moist, and any slice taken instantly grows back. It is rumoured to have healing powers and induce psychedelic experiences. It is also delicious.

The Memeonomicon is a dump file of the edgiest, most-triggering memes in All Existence. They have been known to ruin lives, start wars and even destroy civilisations. The memes are dispensed instantly with a wand-like wave of the item, and flow directly into the victim's brain.

The Deus Ex Box is a legendary problem-solving device of near godlike power. It is an ornate magical chest which can alter the user's reality, hopefully for the better. To employ, the user stands before the box. They state their problem, and pull the handle. Depending on the symbols spun up, the box opens and emits a powerful magic which fixes that problem, often in the most unlikely, spectacular, and shamelessly contrived way possible.